Retrofitting a 1901 end of terrace (with the environment in mind) 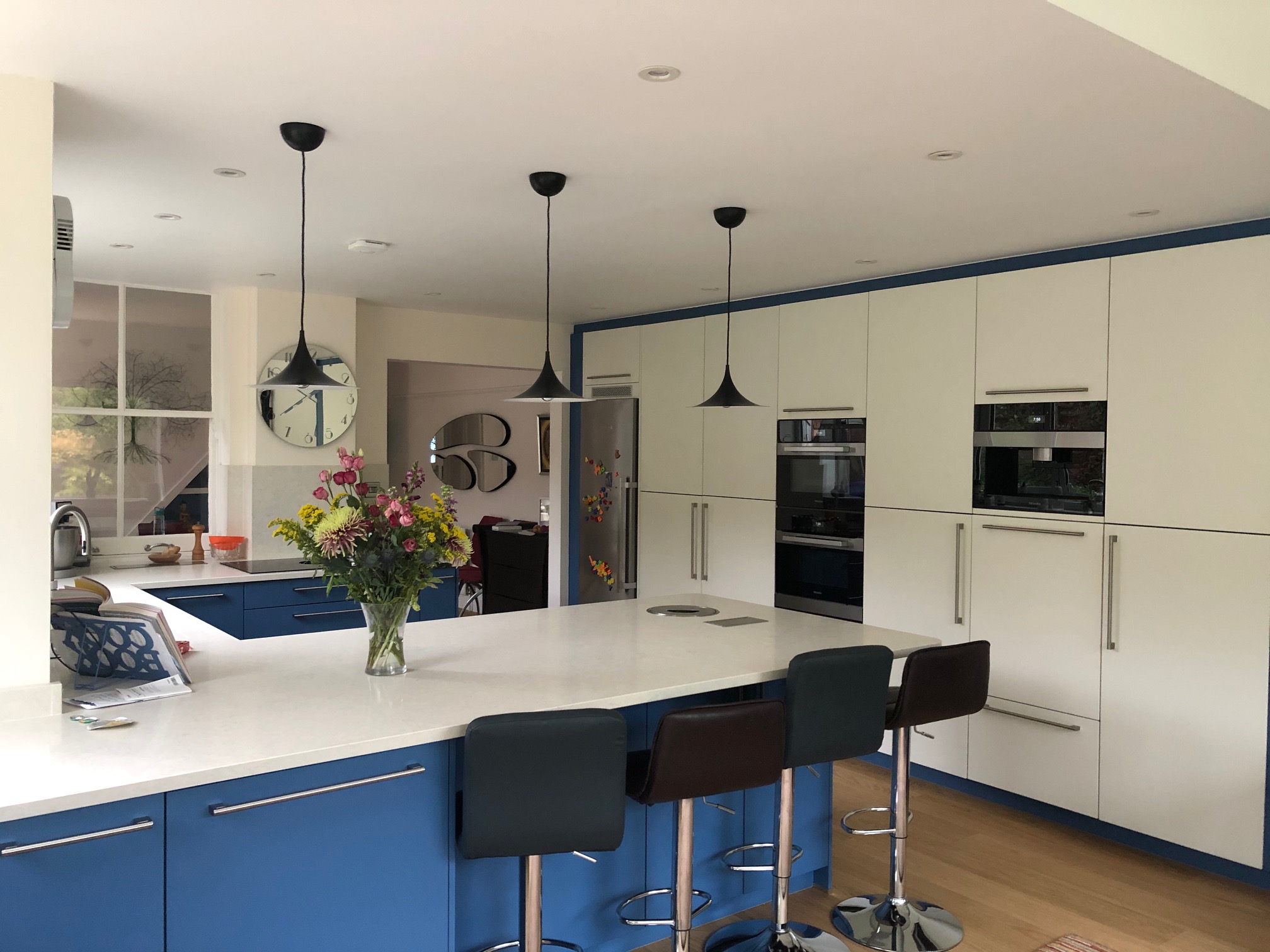 ‘I’ll only agree to open plan if we go eco.’ Wise words stated confidently from a place of complete ignorance.

This blog by local resident Judith Leary Joyce tells the tale of retrofitting their Victorian terrace, trying to keep the environment at the heart of everything they did.

Our Victorian end of terrace house has always been cold. We face north and the only direct sunshine is early morning and sunset, so not much help in the warming department. After 40 years I was totally committed to doors that closed with draught excluders that stopped my feet freezing, so the thought of doing the standard open plan extension wasn’t something that filled me with delight. But more important than my cold toes – what about the Earth? I just refuse to countenance anything that would increase our carbon footprint.

Unless………..  we went all out to try and reach EnerPHit standards (little brother of PassivHaus).  We knew we had no hope of achieving carbon neutral in a 1901 house, but we could make it a lot better, so it was a compromise that excited us both. As much as any building work will ever excite me!

Recently  retired after a long career as a psychotherapist, then management consultant, I’ve lived in the same house in St Albans since 1979. We’ve been members of Friends of the Earth, Soil Association, Greenpeace since the late 70’s, studied Deep Ecology with Joanna Macy in the late 80’s, gave up long car journeys light years ago, composted and been a plastic vigilante long before it became so pleasingly popular. So this renovation was just the next step on the journey, but extremely important to me.

You know the one – you don’t know what you don’t know and you have no idea what questions to ask. All you can do is Google and follow your nose until you have some chance of holding a sensible conversation.

So with apologies to any eco experts reading this, we identified three tasks:

First step and most important is to make the house as sustainable as humanly possible. For us that meant: 210mm deep insulation on outside walls – new and old, 160mm  insulation under the floors, triple glazed windows and doors,  rebuilding original 1901 sash windows with new double glazed units and reinstalling our existing secondary glazing, heat exchange ventilation, eco paint; A+++ appliances, an air source heat pump, a combination of underfloor heating and radiators, double glazed internal doors between the cold hall and the rest of the house, plus of course, sealing up every gap we could find.

The means by which you make the home sustainable is an early choice. You can use materials that are traditionally used in building – cement, kingspan, plasterboard – all products that cost the earth in some form. Or you can use materials that are eco-friendly in their own right. Then we’re into timber frame, Pavaflex, lime plaster, breathable paint…

We knew from the outset that we would have to go down the eco route – I’m far too much of a vigilante to do anything else. The big limitation was our knowledge. The problem with starting so blind is that we were sure to miss something and now it’s too late to put it right. So one learning was that we should have employed an Eco Builder rather than go with good ‘normal’ builders who were also flying blind.

I’d love to give recommendations at this point, but we were already on the way before we realised how much difference this would have made to our lives. When we did try to find local people for specific jobs, we weren’t successful, but received a great response from Clare Nash in Oxford who gave a talk to Sustainable St Albans about eco houses. I wrote to ask her about our front wall/bay window and how to insulate well without losing the shape. She was very helpful and introduced us to Diathonite. https://clarenasharchitecture.co.uk/?sfw=pass1620116006

If anyone has specific recommendations for local retrofit experts who are interested in smaller jobs that won’t be a full strip back, let’s hear them!

Then there’s what to do with all the stuff left over or taken out. Early on we could see the irony of pulling out old stuff and sending it to landfill in order to have an eco house. Crazy. I’d love to say we managed not to do that, but we couldn’t stop it all. Everything is wrapped in plastic or comes in those huge plastic sandbags that the builders just chuck in the skip.

We did our best. We constantly reminded the builders that the Earth was the main consideration. We tolerated their teasing as they came in to yet another load of recycling pulled out of the skip after they’d left the day before. And we became experts on Freegle and Facebook Marketplace. Turns out other people need all sorts, from left over bits of plaster board to the much loved kitchen we would have kept had it fitted into the new space. I’ve got the scrap metal person on speed dial and a mass of stuff ready for the charity shops when they open up.

To get the right people in place at the outset.  Obvious really, but then we didn’t understand the true implications of our task until we’d already begun. You would, quite rightly, assume it’s the architects job to alert us to the reality, but sadly we chose someone with the right eco credentials, but no appetite for the challenge of an old house. He just focused on the extension, which could be done right, assuming that the rest of the house was a lost cause. He would answer our questions – once we knew what to ask – but did little to open our eyes. Maybe he’d never met vigilantes before – at least not ones that lived in an old end of terrace. When he did mention the rest of the house, he just assumed no change; when in fact, if he’d said jump, we’d have asked how high.

It’s easy to see all this now. It’s mostly over (just two more rooms, doubling insulation in the loft plus solar PV to go) and we’re comfortable again. From this place, I wouldn’t change anything. We’ve learned a lot, gained a new interest and become first class building bores.

Which reminds me – did I tell you about the day I did a mercy dash to get more pavaflex……………???