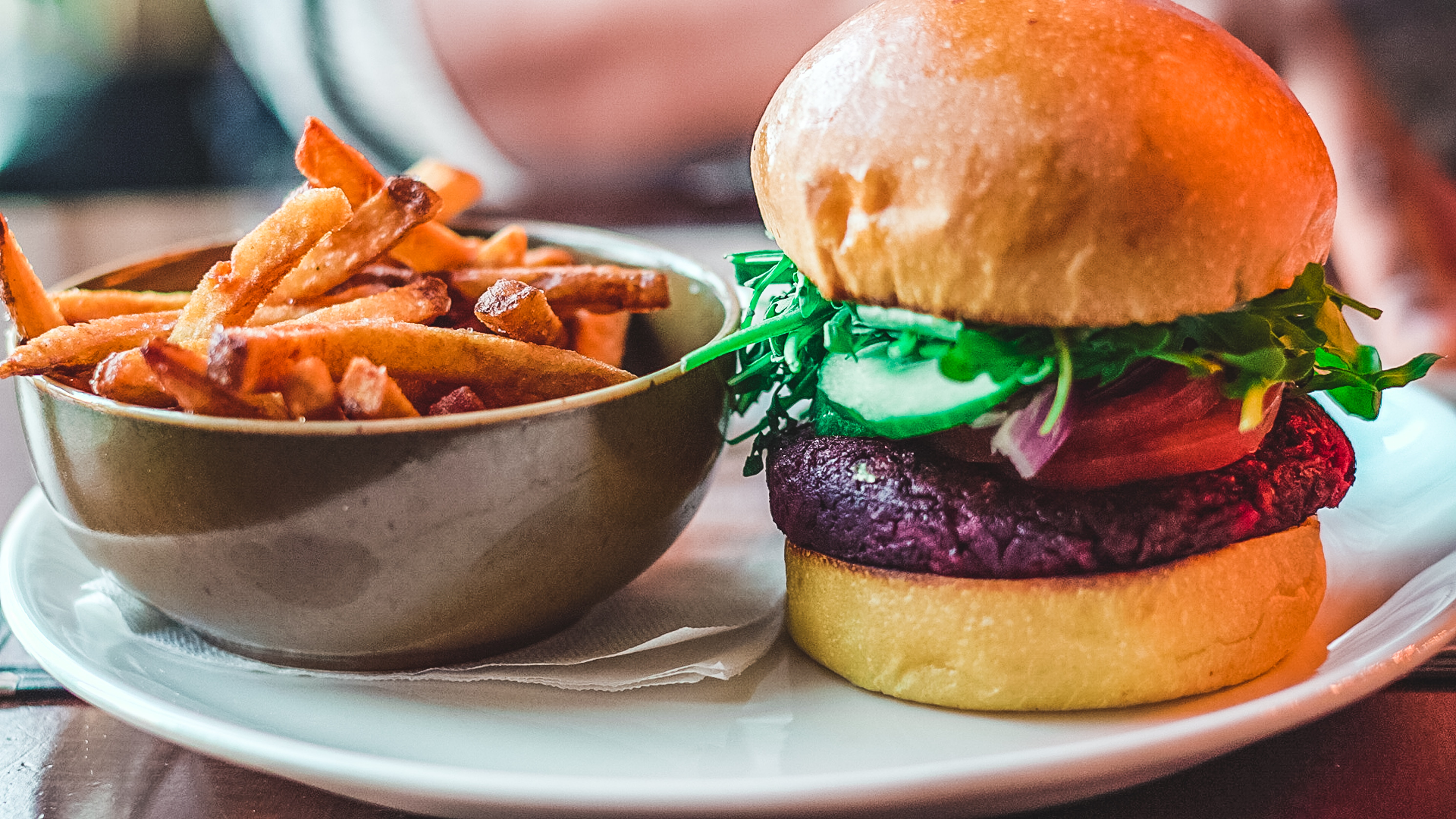 Trying #veganuary – how did it go?

I had toyed with the idea of veganism for a number of years, my interest peaked by many a Netflix documentary highlighting the damaging impacts of meat and dairy consumption.

Our #GuestBlog this week is written by Sophie May, 31 year old Youth Worker and Mother of three. Sophie has lived in St Albans for five years and has a soft spot for writing, alongside her day jobs. See how Sophie got on with #Veganuary

“Like most people, I knew I could do more, but I wasn’t ready to commit to something which I felt so intimidated by…”

I only decided to try Veganuary 2021 two days before the 1st January; probably why my first day started with trying to dodge the left-over Christmas chocolates and deconstructed, half-eaten cheese boards. In hindsight, I should have over-consumed in the days before to save the struggle later. Otherwise, I consider myself a good candidate to succeed at spending the month vegan. I have been a vegetarian for four years ( this time around). I was a vegetarian as a teenager but it ended with an abrupt visit to a fast-food restaurant and the rest was history – until 2016 when I found myself cutting out meat again.

The time had come for me to push myself a little further and try that little bit harder, with a new national lockdown around the corner and with more time at home..

I thought now was the perfect time. This is a short review of my time during Veganuary.

After the initial difficulties of avoiding numerous selection boxes and chocolate coated everything, I was enjoying the change. I read a lot around veganism and signed up to the Veganuary organisation. When I registered, they sent free sample menus with varying calorie intake; these were invaluable and a ‘hand holder’ in the first weeks.

“I heard that being the only vegan in the house can be lonely.”

Our ‘down time’ within the family is centred around mealtimes and if that means a different meal to others, it can be isolating. I do most of the cooking in the house and so to make life easier, we all ate vegan at dinner time.

There is a consensus about veganism suggesting it is limiting, this was not my experience and I feel I have learned more about food this month than any other.

“There is nowhere to hide in a vegan meal.”

I cook from scratch most days so the majority of the shop was fruit and veg and it was easy to stay within a reasonable budget. I found I had to buy more store-cupboard ingredients – herbs, spices, oils, nut butters and seeds. Whilst the cost of these can all add up, I only had to buy these once during the month, apart from the nut butter. I think this will be the start of a long-time love affair with almond butter. The vegan ‘meat’ substitute aisle in the supermarket is definitely growing, and everything from chicken to tuna to bacon to duck can be replicated, but things did become more expensive when I shopped this way.

Due to lockdown, I have not experienced being a vegan and eating out in restaurants, but I did order takeaway food on a few occasions and found no problem finding alternatives.

I learned to plan ahead with snacks; one Saturday night I didn’t plan and I was left scouring the kitchen for suitable dessert options at 10pm and being left unsatisfied. With planning, I would stock up on vegan chocolate and never eat as much as I would have done with its dairy counterpart. I would know too; prior to Veganuary, I had been known to clear a gift size Toblerone in one sitting!

How do I feel?

It is now the end of January and I will be continuing to follow a vegan diet. I have more energy and after spending the month home-schooling two out of three children, that has to count for something. My workouts have been longer and I have felt stronger through-out them. This change did not happen instantly. There wasn’t an immediate ‘feel good factor’ especially following Christmas’ over-indulgence.

There are other methods of helping the environment which perhaps feel more instant. When I use a cloth nappy instead of single use one, or take my own bag to the supermarket, I can see the difference I’ve made straight away. However, with vegan cooking, the research I’ve done means I know it makes a big difference in the long term.

The Independent features Oxford University research data which shows a vegan diet can reduce an individual’s carbon footprint by up to 73% (September 2020) and according to those Netflix documentaries, the data is there – veganism does make a difference.

My husband, the resident avid recycler, knows too well after watching me hide the occasional hummus pot in the rubbish bin, we can’t always do everything and my eco behaviour isn’t always perfect. We are all ordinary people trying to adapt to a new world with less time, longer to-do lists, and aiming for the best along the way. Veganism is the best I can do right now, armed with the knowledge and with my resources and time; and it is far less intimidating than I previously thought.

Feed Me Vegan by Lucy Watson

Agriculture is the main threat to 86% of the 28,000 species known to be at risk of extinction, the report by the Chatham House thinktank said. Without change, the loss of biodiversity will continue to accelerate and threaten the world’s ability to sustain humanity, it said.

The report, supported by the UN environment programme , focused on three solutions. First is a shift to plant-based diets because cattle, sheep and other livestock have the biggest impact on the environment.